Our thoughts go out to his family and friends at this time.

Two George Mason University communication department graduates have opened a new hip kabob restaurant in DC called SKWR - a play on the word skewer. Tamim Shoja and Masoud Shoja are the creators of the new food brand, which is gaining foodie and press attention, as seen in The Washington Post and the City Paper. The dynamic restaurant owners are both former communication majors and they are reaching out to current communication majors to help them brand SKWR, offering students internship opportunities this fall and spring. Read more about Team Shoja in the Post.

Upon graduation, Megan Rummler, a former president of Lambda Pi Eta, secured her first role at a top-rated Washington, DC area boutique PR firm that specialized in the newly coined phrase, "Strategic Communications."  The onset of information technology and the World Wide Web dramatically impacted the way information and messages were being delivered to the press and public.  Megan spent the next few years "cutting her teeth" on exciting accounts that included Fortune 500 companies such as Texaco, the Washington Post, and AT&T Sprint.

Megan was transferred to Silicon Valley by global powerhouse, Weber Shandwick, where she began to work on emerging and prestigious high-tech accounts and participating in preparing several companies for initial public offerings (IPOs).  She resumed her public relations career for several years, transitioning out of agency work and into corporate in-house work. Her last executive position was Director of Corporate Communications for an internationally recognized electronic enclosure manufacturer, with revenues totaling over for $400 million.

Megan's passion for professional voice narration culminated when she realized that her entire executive career was essentially "telling someone else's story" and that her extensive background in corporate communications of strategic, active listening skills provided the perfect springboard to ask clients, "What is your story?"

Megan received her voice narration training in Manhattan, New York with Edge Studios and completed intensive training with renowned voice coach, David Goldberg. As a result of living on both West and East Coasts, Megan's voice narration style is often West Coast based-- steeped in flexibility and open mindedness--resulting in thoughtful client collaboration. Her training, persistence, and diligence, however, are decidedly rooted on the East Coast.

Megan now resides in the Washington, DC area, with her husband, David, and two vivacious children. 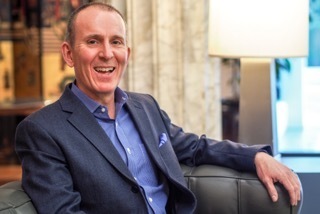 Six months after completion and graduation from the program in spring 2014, Randall began writing a book. The book, “Zen and the Art of Making a Morris Chair,” published by Difference Press, was released as an ebook in January 2015 and as a print book in May 2015.

The book is not about the chair!
It's about rebuilding a life. The author's journey of making a museum-worthy chair from a stack of oak lumber becomes an allegory for self-exploration and restoration, paving a path from brokenness to wholeness. Mindful consideration of change, fear, acceptance, choice-making and belief through the process of making the chair encourages you to embark upon your own personal creative efforts. Randy feels that creative process and action breeds self-reliance and self-expression, which leads to more fulfillment and higher quality of life. He thinks that in this modern era everyone would benefit by making more of their own stuff using their ideas, skills, and abilities drawn from across the creative spectrum. Randy has worked for over 25 years as a national and international video-journalist and communications professional. He is a skilled jazz musician, a proficient craftsman and an eager world traveller. Ever the inveterate life long learner, he recently completed a MA degree in health communication from Mason.

This year, Janet Rodriguez has been the recipient of the Clarion Award for being the Producer of a Television Talk Show – National  Latina Entrepreneurs  CCTV-America  Global Business America. We couldn't be more proud!