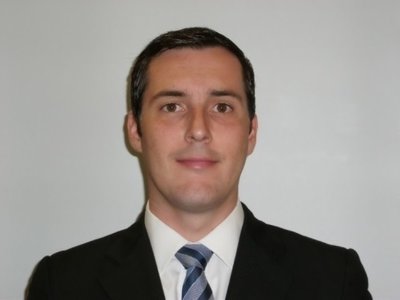 Nathan S. Williamson, BA '12, is a senior policy analyst at the Department of Veterans Affairs (VA) Office of Policy and Planning (OPP). Nathan joined the VA in 2015 and manages its policy research agenda. He is also responsible for leading enterprise-wide policy analyses, legislative reviews, and engagements with U.S. and international veteran stakeholders.

Nathan is also a veteran of the U.S. Navy. As an Arabic linguist and intelligence analyst, he served two tours in Iraq assigned to a special operations task force conducting combat operations. Nathan also served as a mission manager at the National Security Agency. His military awards include the Defense Meritorious Service Medal.

While many Americans are watching the 2016 presidential campaign with great interest, Danny Diaz, BA ‘00, is doing so from a ringside seat.

As campaign manager for Jeb Bush, Danny is tasked with what Politico describes as “the toughest job in the Republican race.” With a reputation as an effective crafter and disseminator of incisive political messages, Danny steers a campaign that has seen intense media scrutiny.

Politico’s account of Danny’s experience in politics, inspiring work ethic, and ties to Northern Virginia (including his education at Mason!) is a fascinating portrait of an alumnus playing a role in history.