Raquel DeSouza, a junior, is an outstanding student. She is a communication major with a concentration in journalism and a minor in American government. She recently gained investigative reporting experience during an internship with Sharyl Attkisson at CBS, an American commentator and formerly an investigative correspondent in the Washington bureau for CBS News. Raquel also interned with Judicial Watch, a conservative, non-partisan educational foundation that promotes transparency, accountability and integrity in government, politics and the law, last summer (2014). She is currently the university life beat reporter for George Mason’s student news outlet, Fourth Estate, and is seeking an internship in financial and economic reporting. Raquel is a true go-getter who takes advantage of all the communication department has to offer students. “I'm really seeing her shine this year,” says Professor Beth Jannery, with whom Raquel meets often to discuss ways to enhance her resume and college experience to better prepare her for employment post-graduation.

Oscar Cordova is a 31 year old senior in the communication department with a concentration in public relations and a minor in electronic journalism. Oscar was born in Guatemala City, Guatemala, and moved with his family to the United States when he was seven years old. He lived in California for a few years before moving to Virginia. Oscar feels very fortunate to get the opportunity to look back at the events that led up to this point in his life and even though some things were tougher than others, he likes to think of it all as just a part of living.

He recalls that the toughest part of all was the wait, waiting in fear that one day he would have to pick up and leave to go back to a country about which he knew nothing. A few years ago that fear became a reality when he received a letter asking him to appear before a judge to make a case as to why he deserved to stay in this country. He was in the process of removal, which is another name for being deported. Even though he grew up in the United States, where he also went to school, had friends and family, a job, and had paid taxes for years, he had become just another pending case, a file in a folder, and his time had come. Fortunately, several years and lawyer fees later, his case was resolved and he was finally able to live out one of his dreams: to attend college.

Oscar was unable to attend college immediately after high school. Even if he could, unless he was a permanent resident, he would have had to pay out-of-state tuition.  He did not qualify for federal financial aid either, so all he could do at that point was to get a job and hope for the best. In 2010, Oscar was finally able to attend Northern Virginia Community College (NOVA), nine years after his high school graduation. Having waited for so long gave him a better appreciation for the opportunities that he has now. Oscar has given it all he can since the very first day of classes in 2010 and does not plan to let off just yet. He left NOVA with a 3.7 GPA and has since earned a 3.9 during his first year at Mason. As a senior, he hopes he can carry the same motivation throughout the year and into graduate school. 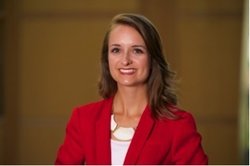 Brynn Boyer is a part-time master’s student in the communication program, with a focus on strategic communication and public relations.

“The program allows me the flexibility to work full time while pursuing my degree,” said Boyer, assistant director of communications at Georgetown University’s McDonough School of Business. “I appreciate that I can take classes at my own pace and that I can choose coursework that will benefit my career goals.”

Boyer chose the program to learn the theory that underpins the practice of public relations, to become a more effective communicator, and to have the foundation necessary to advance as a practitioner.

“I am able to apply what I am learning in class to my job, and am able to use examples of my work in class,” she said. “It really is a situation that allows me to make connections between both areas of my life.”

In 2014, Boyer received Mason’s Communication Graduate Challenge Award and the College Communicators Association’s Rising Star Award. She is a 2010 alumna of the University of Mary Washington. 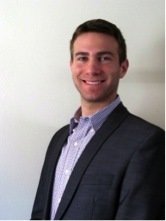 Jordan Alpert is a PhD candidate in the Department of Communication.  He is currently collecting and analyzing data for his doctoral dissertation, interviewing patients and conducting focus groups with providers at a large Northern Virginia family medical practice. Through the groups, he is compiling narratives about positive and negative experiences with the online health information system used at the practice. This data will inform significant refinements in the system by offering patients a customized, robust, easily accessible, and trusted information source to promote patient adherence with medical recommendations and informed health decision-making. The current system is also undergoing a content analysis to determine areas that need to be improved, such as levels of personalization, engagement and interactivity.  In addition, Jordan is also teaching two undergraduate courses: Organizational Communication (COMM 335) and Public Speaking (COMM 100).